Determinants of the Increase in Female Labor Participation Rate

The female labor participation rate in Turkey has increased considerably in recent years and the determinants of this increase are analyzed in this study. 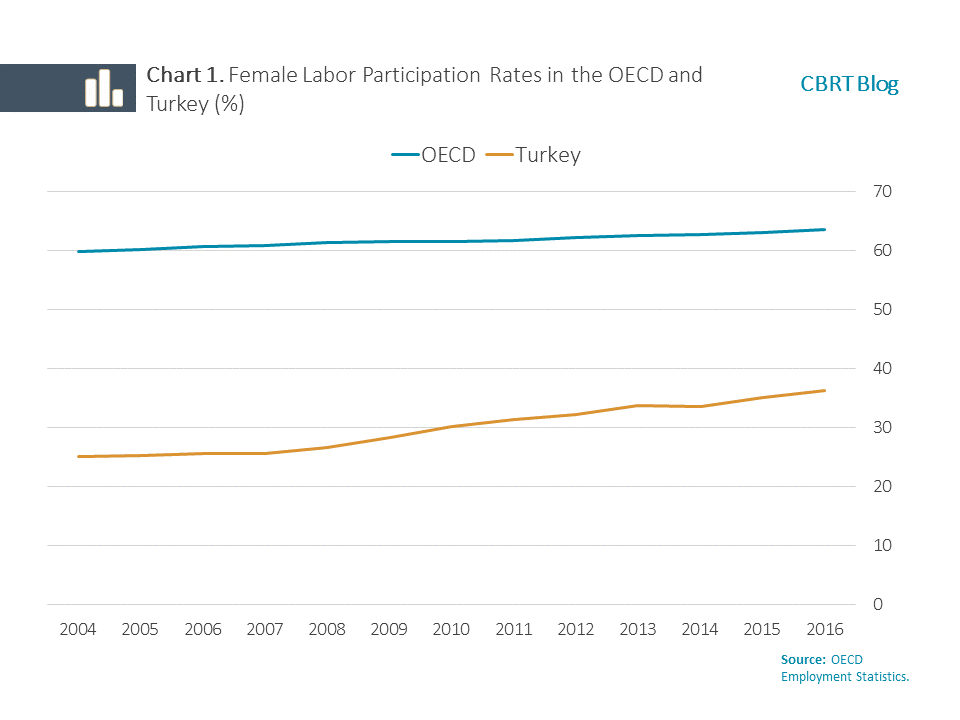 Research on Turkey points at multiple factors that affect the decision of women to participate in the labor force. Education, especially a college diploma, is significant to the inclusion of women in business life. Heavier responsibilities imposed on married women weigh on their prospects for labor participation. In patriarchal households composed of several generations, women can share their housekeeping responsibilities, enabling them to find occupations. However, having children and accommodating elder relatives increase the domestic workload of women, reducing the probability of working outside. Lastly, the age and cohort effects are influential in the individuals’ the decisions to participate in the labor force. The age effect denotes changes in the participation rate of an individual over the course of their life, while the cohort effect is considered as the difference in the labor participation decisions of the young than the elderly.

Household Budget Survey statistics from 2004 and 2016 reveal drastic changes in factors affecting the female labor participation rate over time (Table 1). Firstly, the average education level of women exhibits a notable improvement. The share of college graduates has increased from 6% to 16.7%, and the share of women with low levels of education has declined. Other noticeable changes are the decline in the probability of bearing children, increased possibility of accommodating elder relatives, and the rise in the average age. 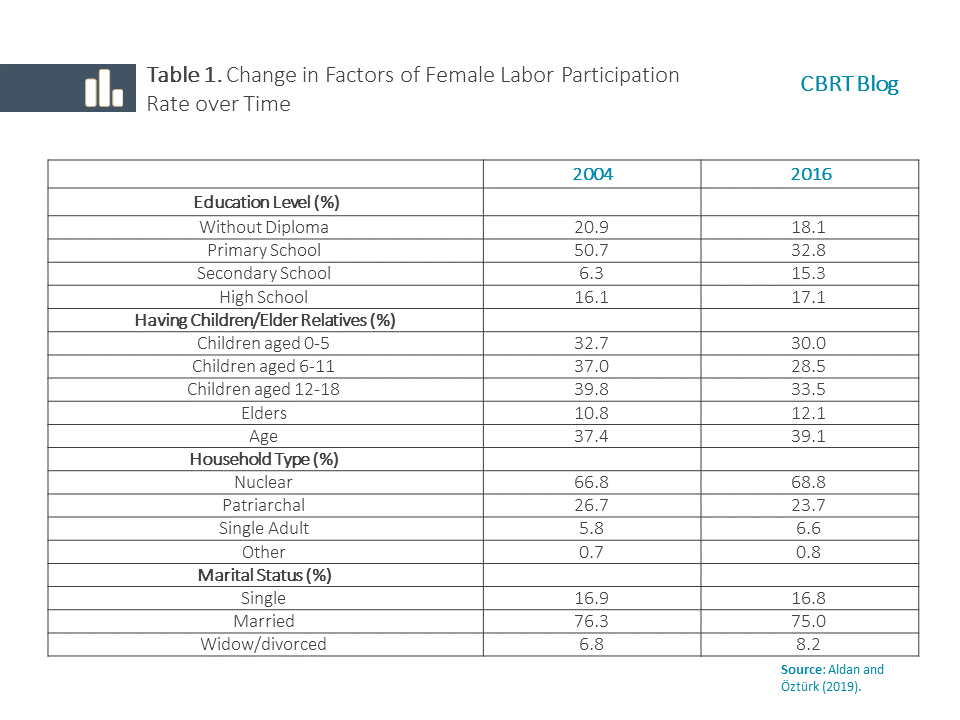 We estimate the factors affecting the non-agricultural labor participation rate of women by using a logit model with data of the 2004-2016 period. Results are displayed in Table 2. Increased education level pushes the female participation rate up. On the other hand, being married, having children or accommodating elder relatives put a limit on the access of women to the labor force due to increased domestic responsibilities. 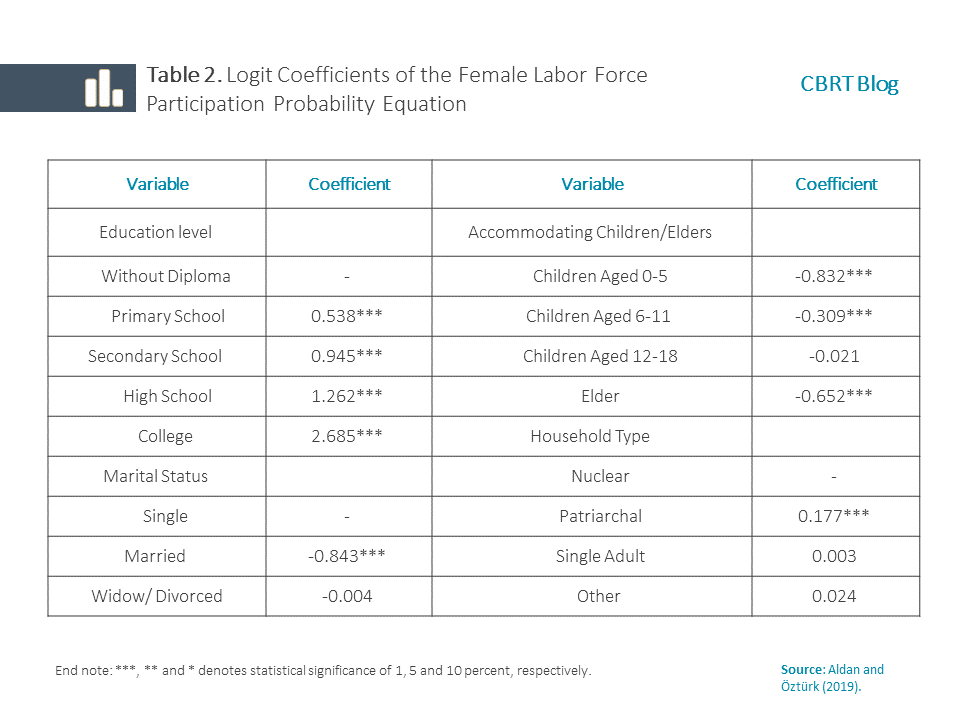 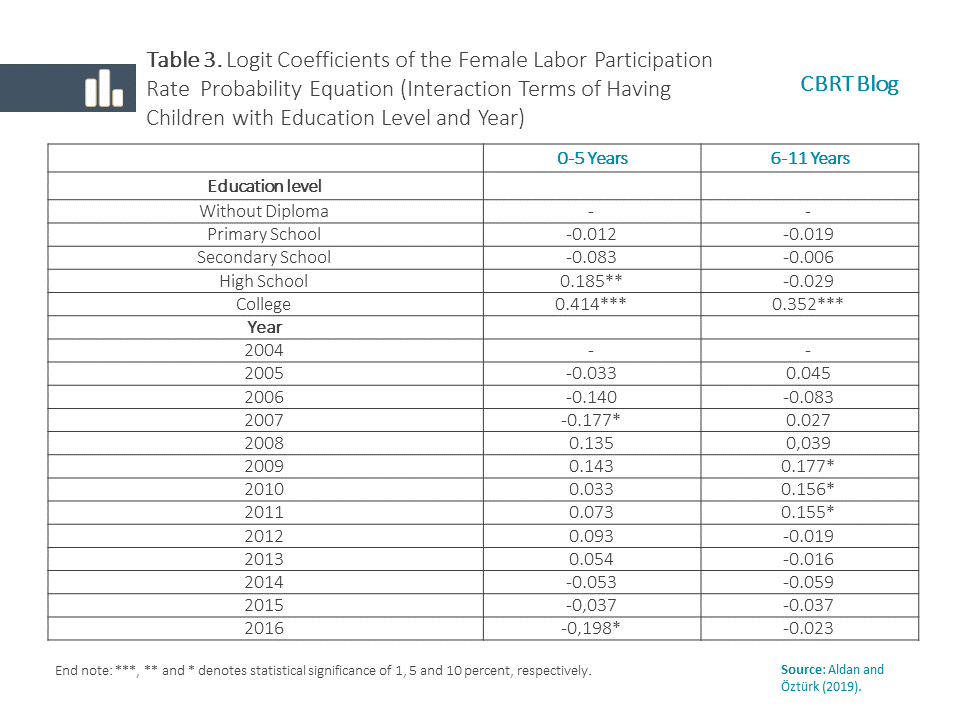 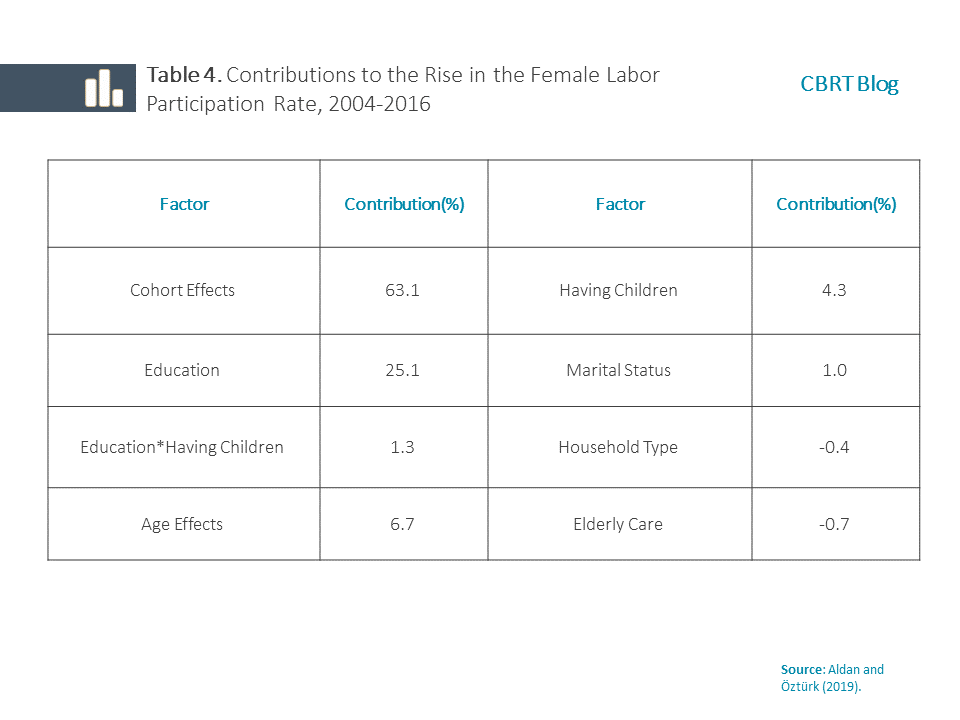 In sum, the female labor force participation rate has registered notable improvements in recent years. Still, maintaining the gains of recent years is significant to convergence to advanced economies. Factors such as improved education, maintenance of the gradual rise in the retirement age, and cohort effects will push up the female labor participation rate further. On the other hand, facilitating day-care and pre-school education services and offering them at affordable prices are critical to accelerate this increase. Finally, the rate of elderly population will trend upwards in the years to come. It is important to build an increased number of care centers for the elderly citizens so that this change will not have a negative effect on the female labor participation rate.