Industrial Metal Prices: Is the End in Sight or Further to Go?

Industrial metal prices are determined by supply and demand factors in the medium and long term while financial conditions and the risk appetite have a decisive role in metal price movements in the short term.

Industrial metals such as copper, aluminum, iron, lead, nickel and tin are used as intermediate inputs in many sectors such as the manufacturing industry and construction. As they are a crucial income source for producer countries and a crucial input for economic activity in consumer countries, price movements in these metals are critical for both groups of countries. Industrial metal prices have posted substantial increases since the beginning of 2000 (Chart 1). Indexing the real price level in January 2000 as 100, inflation-adjusted lead, tin, copper and zinc prices rose to 325, 221, 231 and 172 in May 2018, respectively. Meanwhile, aluminum prices dropped in real terms. 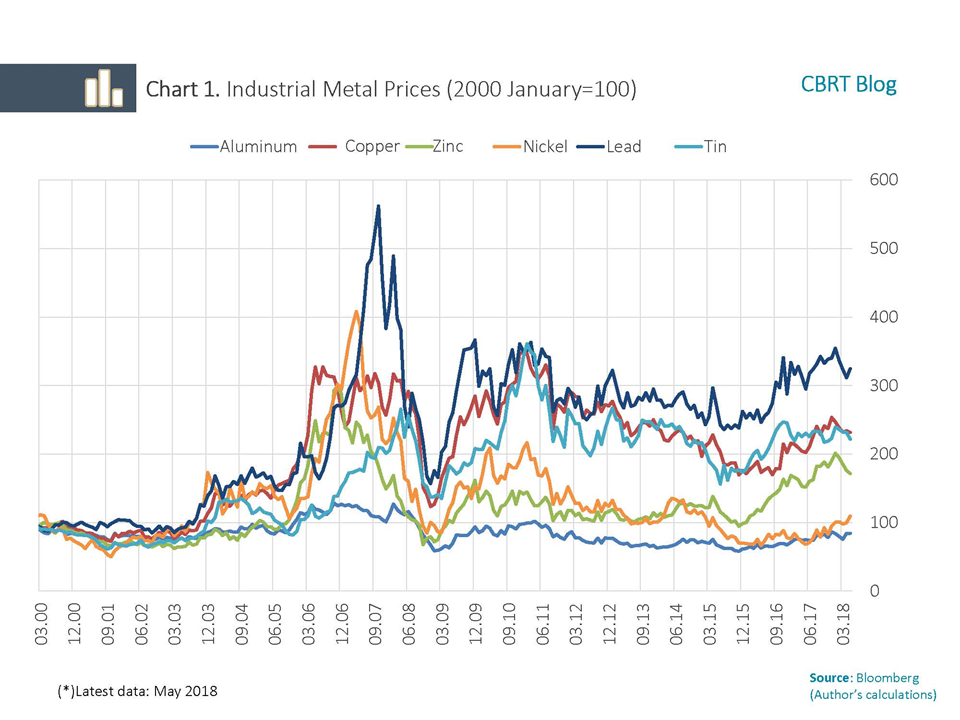 Analyzing by interim periods, there was a price correction in industrial metals in the aftermath of the global crisis and 2011. According to the International Monetary Fund (2015), investments particularly in periods of elevated prices have boosted the production capacity and led to excess supply over time, thus creating downward pressures on the prices since 2011. Meanwhile, policies towards changing the growth model in China started curbing the rate of increase in this country’s demand for industrial metals. On the other hand, for the last one-year period, there has been a recovery in prices on the back of synchronized global economic growth.

On the demand side, development booms in emerging economies, particularly China, and accelerated urbanization have been the leading factors fueling the rise in industrial metal prices. Due to the shift of global production to emerging economies, the composition of demand for industrial metals has also posted a structural change. For example, while the total demand for refined copper has increased by 56 percent since 2000, China’s total demand alone surged by 530 percent. Likewise, global primary aluminum demand has climbed by 137 percent while the increase in China’s demand has been 852 percent. China’s share in total industrial metal consumption has rapidly risen since early-2000 on the back of high growth, reaching 50 percent in aluminum, tin, zinc and copper as of 2017 (Chart 2). 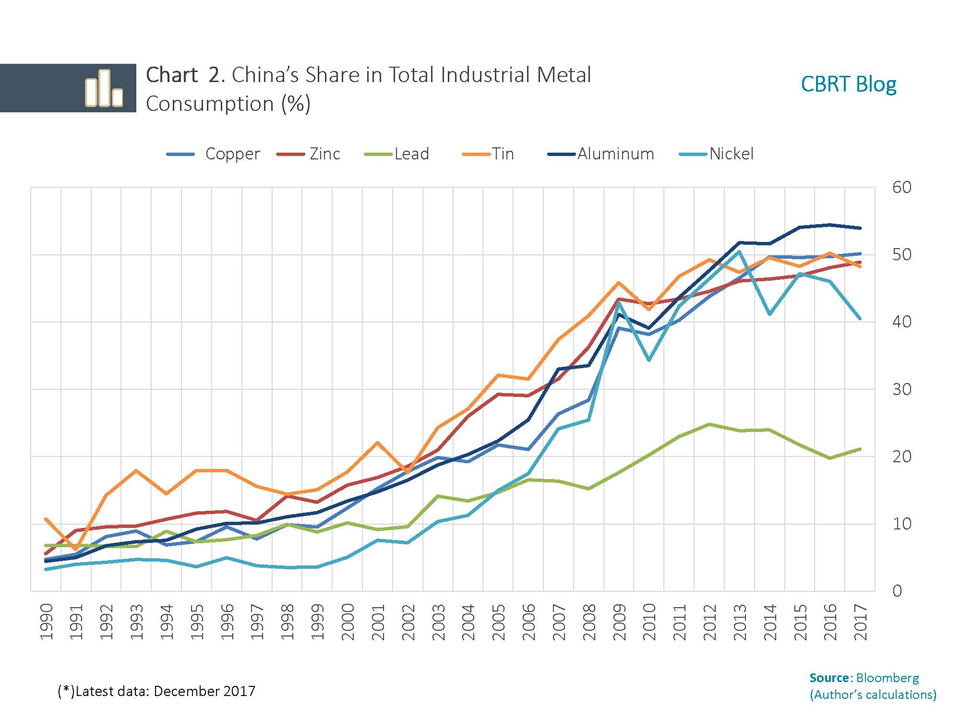 On the supply side, developments such as domestic conflicts, strikes and lock-outs that may weigh on the mine production have led to fluctuations in prices. Particularly, prolonged strikes in countries with large mines trigger concerns over supply and can elevate prices (Chart 3). In addition, changes in energy costs, which constitute an important factor for mine production as well as transfer and processing of metals, also affect the metal prices. 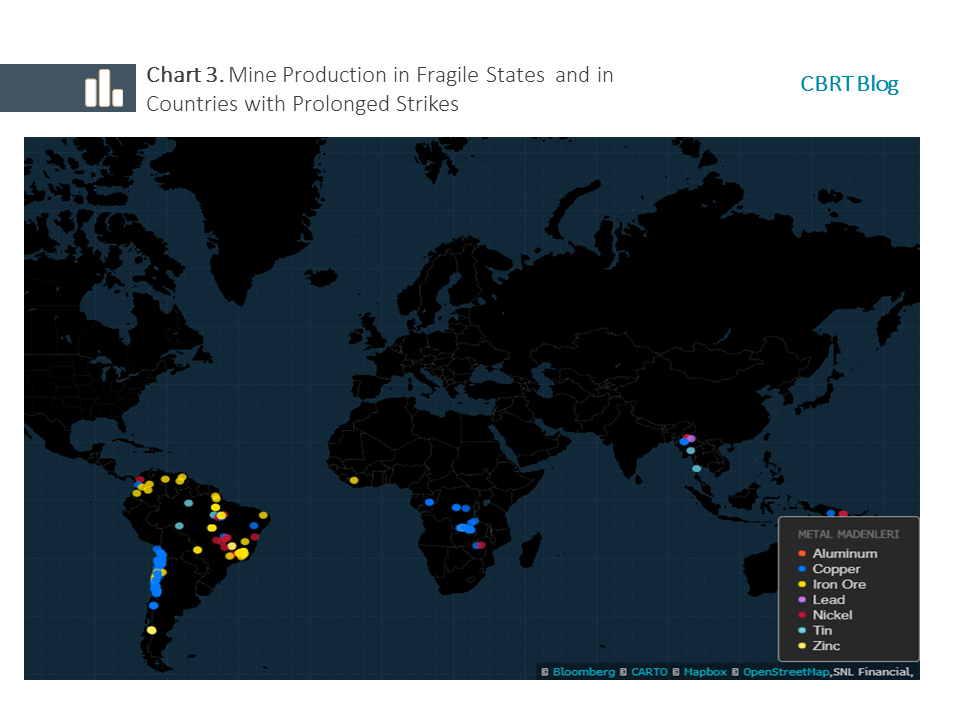 A significant number of academic studies try to explain the changes in commodity prices by modelling the supply and demand shocks. Kilian (2009) suggests that global demand shocks may have a greater effect than supply shocks. Following this study, empirical analyses focusing on the impact of global demand shocks on commodity prices have gained importance in the literature. This blog post examines the relationship among the change in industrial metal prices, global industrial production and crude oil prices via a simple correlation analysis. Following Lombardi et al. (2010), industrial metal prices have been deflated by dividing them by the US producer price index in order to adjust the commodity prices for the US dollar-driven effects of inflation and Fed’s monetary policy actions. Taking the annual percentage changes of the series, correlations among the global industrial production, real crude oil prices, and real metal prices have been computed. Based on the results presented in Table 1, the correlation between the change in industrial production and the change in commodity prices is positive and statistically significant. 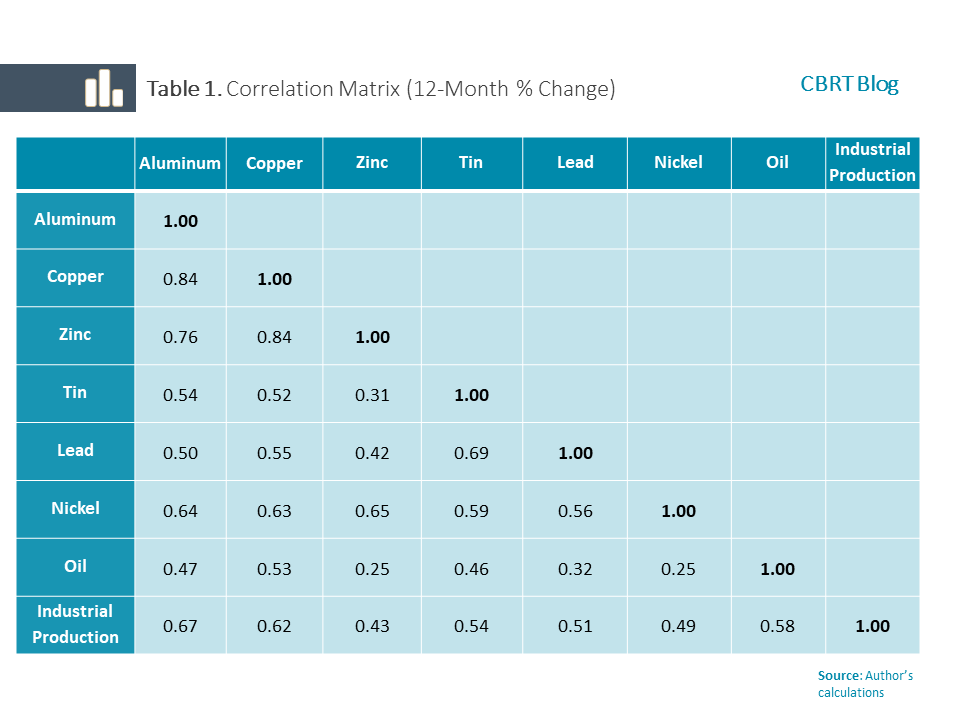 To sum up, the median of international financial institutions’ and analysts’ forecasts reveals that global growth in 2018 and 2019 is expected to be above the last five years’ average and close to the strong global growth rate achieved in the recovery period after the global financial crisis (Table 2). Assuming that global economic activity will remain strong and the dollar index will not change significantly, the upward pressure on the industrial metal prices may last through the following years. In fact, median values of analysts’ forecasts indicate that the upward trend in industrial metal prices, excluding zinc, is projected to persist in the upcoming years (Table 3). However, the fact that the era of strong investments in China, which was the major driver of demand growth for industrial metals, has been left behind may balance the demand-driven upward pressure on industrial metal prices. Nevertheless, since prices are sensitive to supply, demand, financial variables and many other factors, all these factors should be taken into account to reach a clear judgment about price movements. Considering the price dynamics, hedging the firms’ exposure, especially those in sectors that intensively use metals, to price risks through forward contracts or options may have important implications in terms of both price stability and corporate sector’s health. 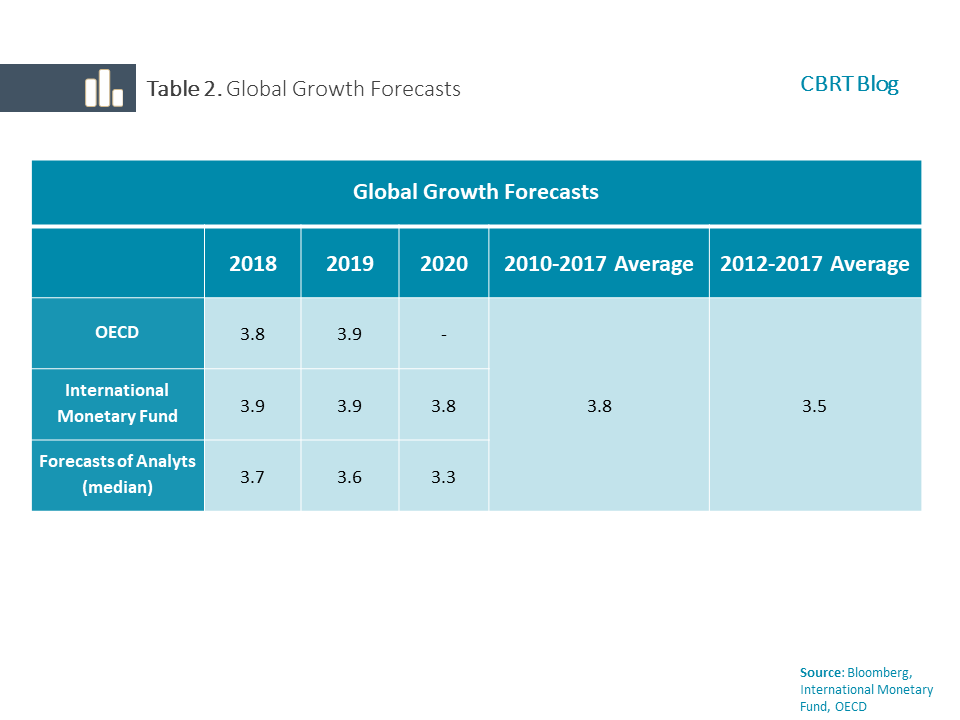 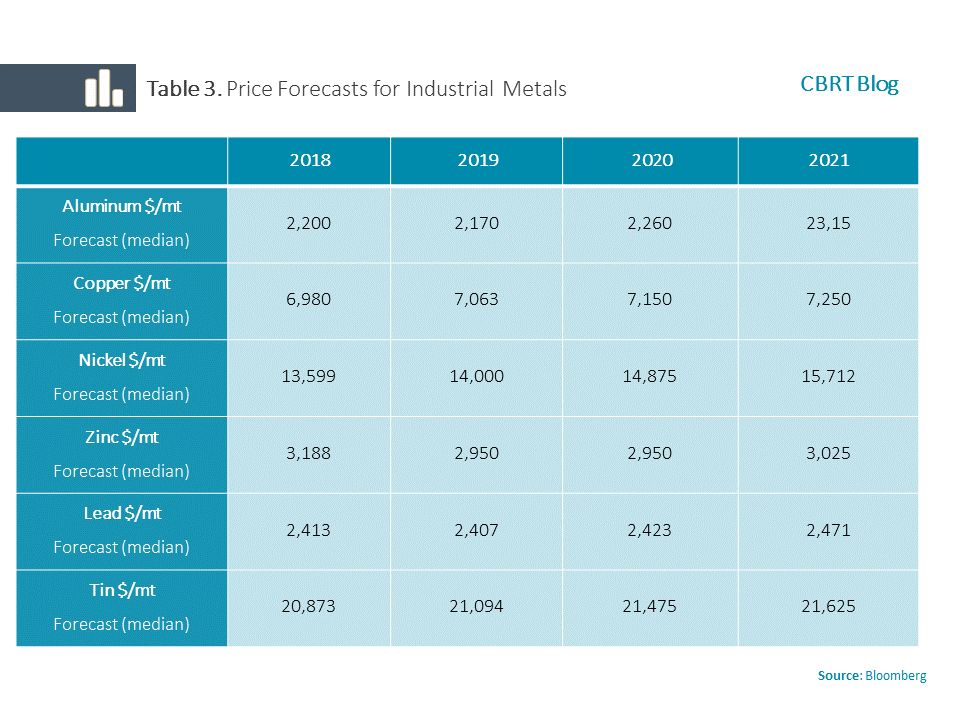